To some of us, the names Absalom and Tobiah may sound strange while to those who are familiar with the Bible, it may not. The dictionary of the Bible compiled by D.M. McFarlan briefly describes Absalom as the “Third son of David, a favourite with his father, handsome, given to vain glory and spoiled. Absalom ‘stole the hearts of the men of Israel’ and led a rebellion against his royal father.

David had to flee from Jerusalem, but his Commander-in-chief, Joab, defeated the rebel army. Absalom fled on a mule but was caught by his long hair in the branches of an Oak tree. Joab killed him as he hung there.”

The same dictionary of the Bible also describes Tobiah as “An Ammonite, partly Jewish leader who, in company with Sanballat, did everything he could to prevent Nehemiah from rebuilding the walls of Jerusalem. Tobiah taunted the builders, derided their work, plotted an attack, and wrote letters to his influential relatives to stir them up against Nehemiah. But all in vain.”

No doubt, the two biblical personalities described in the foregoing paragraphs were politicians that were bent on campaign of calumny. While Absalom erroneously believed that the easiest way to clinch political position or step into the luxuriousness of the royal court was to become rebellious, Tobiah believed that to remain relevant in the political equation of Jerusalem at that time was to become a saboteur, a schemer, engaged in McCarthyism and political horse trading as well as taunting Nehemiah’s men and deriding their works and plotting attacks against the government of Nehemiah.

How erroneous and green both Absalom and Tobiah were. If they knew they would have followed the way of peace, and we would have been reading them today in the Bible from the perspective of peace and the fear of God.

However, it is not an exaggeration to say Edolites and some other Nigerians have in the recent times been witnessing hundreds of Absaloms and Tobiahs among today’s politicians and supporters in Edo State who are bent on orchestrating campaign of calumny against the candidacy of Pastor Osagie Ize-Iyamu, the gubernatorial flag bearer of the Edo State Chapter of the All Progressives Congress (APC) ahead of the election scheduled for September 19, 2020.

If the way they are going about the upcoming election is considered.
Through campaign of calumny and name-calling, some of them have exactly behaved like Tobiah without knowing.

Most of Ize-Iyamu’s calumniators , like Tobiah, are wont to make speeches or political comments that can inflame popular feelings, rouse their followers to anger against innocent Edolites in view of the upcoming gubernatorial election and to some extent inflame with passion some “thugs” among them to pick up arms against innocent Edolites. To the one they are supporting, there is no problem as long as he is cheered with the chorus: “4 + 4 Togba.”

This piece is not a Bible study manual but suffice it to say that in the book of Nehemiah chapter 4 verse 3, Tobiah adopted a campaign of calumny against what Nehemiah’s men built, mischievously saying that it was not strong enough and that “…even if a fox climbed up on it, it would break down their wall of stones!” In verse 4, the builders became incensed at Tobiah’s unpatriotic comment.

In my personal view, most of the political comments or speeches which some Edo politicians in the camp of the Peoples Democratic Party (PDP) have been making to mischievously calumniate Ize-Iyamu ahead of the upcoming gubernatorial election in the State are nothing short of violating the sub judice rule. To buttress the foregoing view, it is expedient to refer to the case preferred against Pastor Osagie Ize-Iyamu, by the Economic and Financial Crimes Commission (EFCC) despite the fact that others involved in the suit are former Edo State PDP Chairman, Chief Dan Orbih; incumbent Chairman of the state PDP, Dr. Tony Aziegbemi who are currently co-affiliates with the incumbent Edo State Governor, Godwin Obaseki at the PDP. In the eyes of the law, the rule of sub judice, such as this that involves Ize-Iyamu and others, restricts public discussion.

But alas! The matter, contrary to extant provision of the law has become a national anthem sort of before internet thugs on Facebook and Governor Ezenwo Nyesom Wike, Rivers State’s governor, who is a lawyer himself, and ought to know the implication of that aspect of the law. Were our country to be a country where the law is not obeyed in the breach, the violation of this legal principle would have seen many violators in jail for opening their mouths to utter anything that comes out from it. Some politicians in Edo should be very cautious on how they open their mouths to make comments on a case that is still before the court. Napoleon Hill once said: “Think twice before you speak, because your words and influence will plant the seed of either success or failure in the mind of another.”

Permit me to partially deviate from my point of view by saying that writers are always careful when they are making their choice of words. This is because they are trained to always have at the back of their minds that press law exists. It is only for this awareness that writers choose to always behave like bricklayers who are wont to select only good blocks when building. Good writers make use of good words to express themselves. Politicians should also learn to always choose good words while making speech at political rallies or when responding to questions from political correspondents.

A glimpse into our political past reveals that a politician once used the word “capture” in a military sense to express the state of preparedness of his party ahead of elections that were conducted in the southwest part of the country.

Another politician, now deceased, once described the entire political constituencies in Ibadan, Oyo state as a garrison. Therefore, little wonder that he was derisively referred to as “Garrison Commander” by many.

Our politicians should stop thinking like Absalom who thought that one can only get to the seat of power through violence. They should understand that it is only God that has the power to promote whoever he chooses to promote. Psalm 75 verse 6 to 7 says “For promotion cometh neither from the east, nor from the west, nor from the south. But God is the judge: he putteth down one, and setteth up another.”

Finally, some of our politicians should also realize that violence has never been said to be good. In condemning violence, Mahatma Ghandi said: “An eye for an eye only ends up making the whole world blind.” In this context, “An eye for an eye may only make Edo blind in come September 19, 2020 if we refused to play politics in the spirit of Sportsmanship.” God forbid! 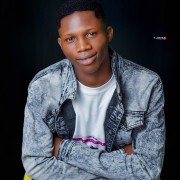