I once told a female coursemate that she should be more productive on Facebook, rather than posting many pictures almost everyday. This is a lady who posts an average of 15 pics per week – that is equal to 60 pics per month – with an average of 4 clothes – 16 clothes in a month. Well, when I asked her why so many pics updates, she said she is only trying to save those pics online. I told her she can open another photos album, set the privacy to ‘only me’ and keep ‘saving’ trillions of her pics. My recommendation goes unacknowledged.

First used in the 15th Century, the word celebrity is used for people who are making imparts in some life endeavours they choose to explore. These people are achievers; their personalities inspire, their words motivate; they are role models to some other people.

Social media give us equal right of attention, I think some people see nothing why they shouldn’t portray themselves as achievers too, hence decide to ‘copy and paste’ their life, “Afterall, they are humans like us; they have no two heads.” they may be thinking.

This craze for attention is viral. Everybody seems to be in competition to do all they can to gain attention. This is evident in resiliency in pictures-posts in different directions, using expensive environments, in expensive wears, when eating some variety of foods etc, just to appear “big.

In Jenifa’s Diary, Jenifa wanted to borrow Kiki’s hat to take new pictures to post on Instagram, Kiki kicked against it and advised her she should try and promote her talent as an hairdresser, rather than trying to live a fake life. Jenifa told her that there was a particular lady on Instagram who never wore same cloth twice. She (Jenifa) just wanted to borrow the leaf from that girl’s lifestyle. Well, no one cares if they are “borrow porse” or not – if I’m to borrow from Rapper Falz’s words.

READ ALSO  How i lost everything in 5 minutes

Another way, exclusive to ladies, is taking and uploading of pics exposing some sex-arousing parts of their bodies. Guys are no fools; they are seeing what they are being inviting to take. We all know that many go as far as uploading ‘leaked’ sex videos/tapes of themselves, all in the name of getting attention.

Conclusively, I would go back to Jenifa’s Diary, we should rather try to promote our goods, services, talents, creativies etc, I think being intimidated is the first feeling. One feels inferior, belittle to those self-attained celebrates. Social media are already created, their growth and corruption wholly depend on us, their users. I need not mention people who have made it even before this computer age. Now, we are having a rare opportunity and we are abusing it. This is more than a misuse. To me, all these Facebook kings, Twitter baes, Instagram queens are noil and void.

Buhari Not Dasuki, What Yushau Shuaib Must Know Now

Sahara Reporters and Its PMB Gripe

Politics and Money by Seyi Adeniyi

Ango Abdullahi’s robe of many colours

Sadiya Umar: Where Buhari Got It Right

PMB and his covenant on the war against insurgency

Why God go bless Baba Buhari for us

Buhari Not Dasuki, What Yushau Shuaib Must Know Now

Sahara Reporters and Its PMB Gripe

Politics and Money by Seyi Adeniyi

Ango Abdullahi’s robe of many colours

Sadiya Umar: Where Buhari Got It Right

PMB and his covenant on the war against insurgency

Why God go bless Baba Buhari for us 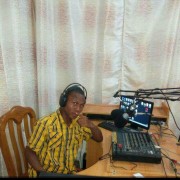 Jimson Jaat is a Seasoned Journalist, Writer and Reporter with REPUBLICAN Online Newspaper.

Boko Haram And Our Failure To Act Right

Security : How Monguno Is Dragging The Service Chiefs Behind

NSA tell the president we are also angry